Coaches are available for private coaching at a rate of $40 per hour paid to ARA. Email the coach of your choice to arrange times and ARA equipment for your lesson. If you are an active member please reserve your equipment on the un-coached reservations section of the calendar for the lesson day. If you are not an active member let the coach know that in your email so they can reserve the equipment and arrange payment. Pay the coaches through your member page under "additional payments" with a memo indicating the coach's name and date of lesson.

After winning two national IRA Championships with the University of Washington, I began a career as a coach working with all levels of abilities, building programs to historical bests including Georgetown Women's first Win at HOCR  in the LW Champ 4+ and Vashon Island Rowing Club's first-ever medals at Youth Nationals, W4x, and MLW2x.

In a singular practice and within a season; I like to maintain a simple approach.  To teach and coach the simple things very well, then build off of them to more dynamic strokes and practices.

I am lucky to have had the pleasure of visiting Anchorage in the summer and winter seasons, hiking a lot of the local favorite trails in the front range.  I am looking forward to new trail runs this summer with my girlfriend, who grew up here, as well as other adventures like surfing the bore tide.

James rowed for four years at the University of Michigan, where he studied naval architecture and marine engineering. After college, he moved to Philadelphia, PA to pursue national team aspirations. James trained at both Penn AC and Vesper Boat Club during his time on Boathouse Row. In 2017 and 2018 James competed for a seat in the U.S. men's quad and double. He represented the United States in the men's pair at the 2019 Pan American Games in Lima, Peru and the 2018 Pan Am Qualification Regatta in Rio de Janeiro, Brazil. James has coached throughout his career, and is excited to bring coaching to the forefront of his rowing life now that he has retired from training. A stickler for technique and the 'little things' in rowing, James is very excited to work with rowers of all levels at ARA. Outside of rowing, James loves the outdoors, making and eating barbecue, and reading.

Mike Chriss has been an “On-Call” coach for ARA since 2014. Mike’s background in coaching and training is, like his body, old and varied. He started coaching in the 1970’s while a dual-sport student-athlete at the University of Oregon assisting with clinics, continued through multiple sports, ages and skill levels through university NCAA D1. After obtaining his graduate degree his career shifted focus to training individuals and groups in Human Performance quite literally from cradle to grave (Pre/Post Natal to Cardiac Rehab and Aging Populations). During his tenure at UAA he created the Human Performance Lab. Upon his reintroduction to rowing via The Dave in 2005, he renewed interest in coaching and training. He completed all the requirements for USRowing Level II Coaching certification*, is USA Track & Field Level 1 Coaching certified, and completed instructional clinics at the Florida Rowing Center. 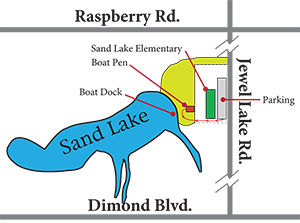 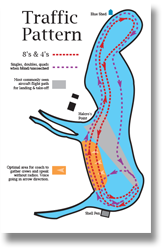